Choose your desired testing kit below:

Note: Currently we only provide the Microwell test kit for Buckwheat.

Buckwheat is recognized as a severe food allergen in Asian countries such as Korea and Japan where consumption of buckwheat is customary. As such, buckwheat is regulated as a food allergen in these countries. However, as buckwheat becomes an increasingly popular gluten-free alternative for wheat flour in the USA, Canada, and Europe, researchers anticipate that it will constitute a larger problem in Western countries. Commodities that have shown suitability for use with this kit include: soy flour, cookie mix, fried noodles, egg pasta, pasta, semolina, plain wheat flour, polenta, corn (maize) flour, sushi rice, brown medium grain rice, long grain white rice.

The ELISA SYSTEMS® Buckwheat Residue Detection Kit is based on the sandwich enzyme-linked immunosorbant assay format. The food sample is first subjected to an extraction procedure and then assayed by ELISA method for the presence of buckwheat allergens. The results may be quantified by comparing the test results against results obtained from protein standards supplied in the kit. 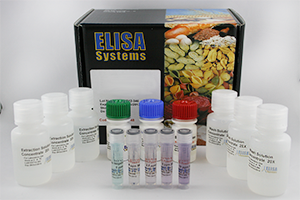 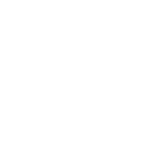